Review: Cradles of the Reich 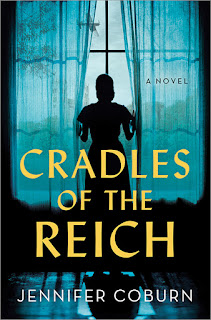 Three women, a nation seduced by a madman, and the Nazi breeding program to create a so-called master race.

At Heim Hochland, a Nazi breeding home in Bavaria, three women's fates are irrevocably intertwined. Gundi is a pregnant university student from Berlin. An Aryan beauty, she's secretly a member of a resistance group. Hilde, only eighteen, is a true believer in the cause and is thrilled to carry a Nazi official's child. And Irma, a 44-year-old nurse, is desperate to build a new life for herself after personal devastation. All three have everything to lose.

Based on untold historical events, this novel brings us intimately inside the Lebensborn Society maternity homes that actually existed in several countries during World War II, where thousands of "racially fit" babies were bred and taken from their mothers to be raised as part of the new Germany. But it proves that in a dark period of history, the connections women forge can carry us through, even driving us to heroism we didn't know we had within us.

“You, my dear, are perfection,” he said. “I have been waiting for a girl with your features since we started the program four years ago.”

Jennifer Coburn’s, ‘Cradles of the Reich’ is a well written and memorable novel depicting a disturbing aspect from the Nazi Regime. As the author states: ‘The Lebensborn Society, which translates to “Spring of Life” in English, existed in the same world as Nazi death camps. In its ten years, approximately thirty homes were in operation by the end of the war and had produced nearly twenty thousand children.’

This is an informative WWII historical fiction novel based on actual events. Through three distinct narratives, a complex tale is told about this Nazi breeding program. These contrasting viewpoints bring a unique and not well documented occurrence to light that some readers may not be familiar with. Jennifer has undertaken in-depth research to provide solid historical details told through both inspiring and unlikeable fictional characters. Through these viewpoints readers can witness how seemingly ordinary Germans justified events happening around them.

‘When she left Heim Hochland, she could tell the world about this secret breeding program. Surely, they would be disgusted and would intervene on behalf of these sexually exploited young women.’

The author's notes and personal insights at the conclusion are equally enlightening. This would make for a wonderful book club selection as it would be sure to generate much discussion. Recommended for readers of historical, WWII and even women’s fiction, as the author states: ‘Cradles of the Reich covers a dark period of history, but I hope readers will be heartened by how the connections women forge can carry us through the most harrowing of times and sometimes even drive us to act with heroism we hadn’t realized we were capable of.’

“I don’t think …” Gundi began. “No, you don’t.” Dr. Ebner chuckled. “Which is exactly how you got yourself into this situation.” 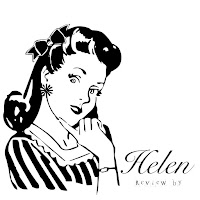