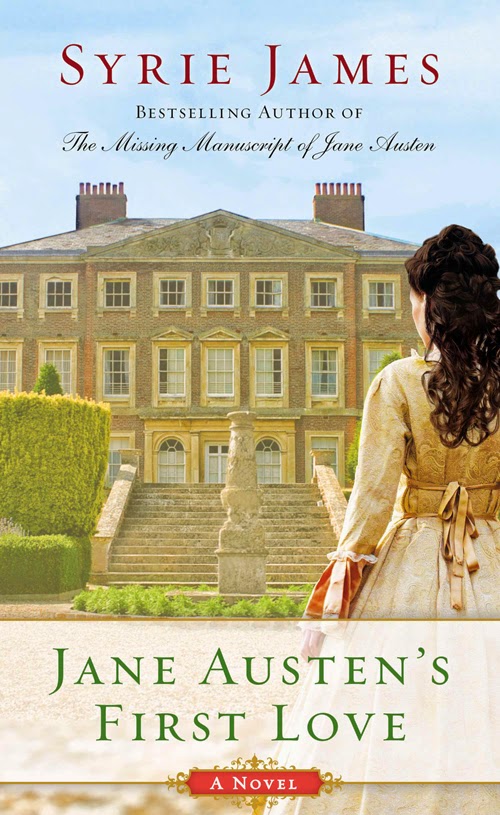 Fifteen-year-old Jane Austen dreams of three things: doing something useful, writing something worthy, and falling madly in love. When she visits her brother in Kent to celebrate his engagement, she meets wealthy, devilishly handsome Edward Taylor—a fascinating young man who is truly worthy of her affections. Jane knows a match between her and Edward is unlikely, but every moment she spends with him makes her heart race—and he seems to return her interest. Much to her displeasure, however, there is another seeking his attention

Unsure of her budding relationship, Jane seeks distraction by attempting to correct the pairings of three other prospective couples. But when her matchmaking aspirations do not all turn out as anticipated, Jane discovers the danger of relying on first impressions. The human heart cannot be easily deciphered, nor can it be directed or managed. And if others must be left to their own devices in matters of love and matrimony, can Jane even hope to satisfy her own heart?
Our Thoughts:

Hailed as the queen of nineteenth century re-imaginings, Syrie is a bestselling author and this book does not fail to deliver. The novel takes you back to the early days of Austen’s life and the fictional first love – and possibly lasting impressions made - on this young Jane. For you see this story evolved from an actual written quote from Austen:

“We went by Bifrons and I contemplated with a melancholy pleasure the abode of Him, on whom I once fondly doated.”
Jane to Cassandra 1796

Most Austen scholars believe that Jane, at a young age, was fond of one Edward Taylor - heir to Bifrons, a grand manor house in Kent—but the details of their relationship were never made clear. As James ponders (and indeed does A LOT of valid research into):  Who was Edward Taylor? What did he mean to Jane Austen? Did he return her affections? How did they meet?

It was like watching a beautiful BBC production unfold before you on paper. And the subtle tributes to the various Austen novels were just that – subtle and clever:  those first (and wrong) impressions (Pride and Prejudice); a play produced (Mansfield Park); and, the interference in the romantic lives of others (Emma) – to name but a few.

We loved the character of Edward Taylor and what James made him stand for in swimming against society’s expectations of the time. He makes this fictional Jane think outside the box:

“He encouraged a new side to myself that never existed before. He challenged me to try things which I might never otherwise have attempted, helped me to view the world a bit differently, and taught me the importance of thinking for and believing in myself.”

The writing is just gorgeous and you lose yourself as James effortlessly transports you back to eighteenth century England:

“The sweet aroma of sun-ripened berries filled the air. Around me I heard the twitter of birds in the trees, the delicate buzz of bees, the chatter of the other gatherers, the intimate murmurs of my brother Edward and Elizabeth beneath an apple tree, and the hum of conversation from the gentlemen and women who sat in the shade fanning themselves.”

This was a delightful read and such a great escape. James' ‘Afterward’ made us fully appreciate the research that had been conducted and that this is not just a flight of fancy – it is a story that was researched and well crafted from a variety of sources. Jane's early years were really brought to life and the imaginings into her supposed first love were commendable.

“Some novels might be poorly written, but in the main, I believe the opposite to be the case. A good novel — a well-written novel — not only entertains the reader with effusions of wit and humour, it touches the emotions and conveys a comprehensive understanding of human nature — all via the simple and remarkable act of transmitting words on a page.”

Thank you to NetGalley and the publisher for providing an advance copy in exchange for an honest review.